Just Zoo It! encourages more than 12,000 elementary school students in Worcester, Wicomico, Somerset and Dorchester Counties to collect coins to fund new exhibits like Discover Australia and improve the Zoo’s most popular exhibits like the Andean Bear.

This year, our effort is focused on improving the American Bison Exhibit. With the passing of Bubba, her companion for over 18 years, Agnes has become the lone occupant of the Zoo’s Bison Exhibit.  Zoo staff are working to locate and acquire young bison to bring to our Zoo to provide Agnes with needed company.  But, in order to do that, the Zoo needs to make improvements to the exhibit to allow Zoo staff to safely manage multiple animals. 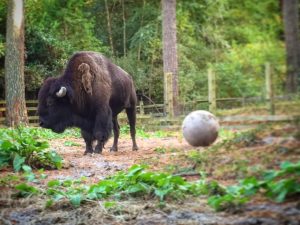 DZS has partnered with area schools to distribute specially-made Just Zoo It cans donated by Pepsi Bottling Ventures in Salisbury. The staff at Lower Shore Enterprises helps wrap the cans with the Just Zoo It! labels and deliver them to schools in the Salisbury area.

The class that raises the most money from each county will be rewarded with a special all-expense paid trip to the Zoo this spring, including a pizza party, t-shirts, and a stuffed animal to take home.  They also get to meet Zookeepers and interact with some of the animals during a special tour.  In addition, a random participating class will also win an all-expense paid trip to the Zoo.  Finally, the class that raises the most overall from all four counties will also get a VIP tour which includes interactions with several new species of animals at the zoo and learn what it means to be a Zookeeper. 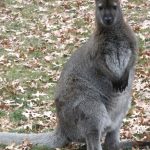 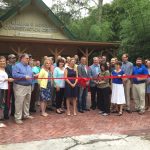 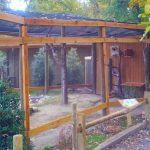 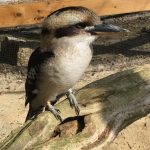 serves as Chairman. She is an associate with Cockey, Brennan and Maloney, P.C.

serves as our co-Vice Chairman. She is Direct Sales Manager at Mortgage Network Inc.

serves as our Secretary. She is Vice President at First Shore Federal Savings and Loan.

also serves as a Board Member.

also serves as a Board Member.

×
Thank you for your inquiry. We will be in touch shortly.